E-Vehicles the future of India 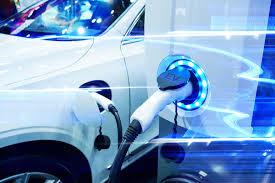 In the emerging market of luxury vehicles are the priority in market. As India is becoming as emerging power with boom market of future which is consolidated as the productive market and in vehicle. India is coming as a path of tomorrow’s world. Now the age is no more reliable on the fuel (petroleum) as the new age is running towards the Electric and the vehicles are known as Electric vehicles

when electric car launch in India ?

The Electric vehicle (EV) revolutions is speeding up, but it can go so far without the necessary infrastructure and technology. As the government is shifting its main focus from fuel to electric vehicles.

Government vision clear as they have decided that they will stop [production of petroleum based vehicle by 2030. It will be attributed under the National Electric Mobility Mission Plan (NEMMP)

what is the price of electric car in India ?

As the cost reduction from electric vehicle be cut to 1.1 Rs/KM helping the owner to reduce its cost of maintenance and it became more effective to market also and its main frame also lies to batteries as the cost has been reducing from 2010 as it has been fallen from 73% from that year

Role of India in Ev’s for future?

India has a lot to gain from the widespread adaptation of e-mobility. Under the make in India program, the manufacturing of e-vehicles and their associated component is expected to increase the share of manufacturing in India GDP to 25% by 2022. India will cut-off its use of oil to $60 billion by 2030 currently 82% of India

The demand for electric vehicles is driven by hopes of fast changing batteries with extended driving range. The core challenging is developing quality b batteries and are long lasting, safe and can store a lot of energy. Currently lead acid and lithium ion batteries have emerged as most suitable option. In earlier vehicles lead acid batteries used in golf carts and e-rickshaws in India due to low cost and short range. Nowadays it is also used in most of the commercial vehicles too.

But the replacement is not so far away as lithium ion batteries are on the other hand are capable of fast charging and high performance and soon can be the part of EV(Electric vehicle) and they are becoming more favorites because they are less addition of electrochemically active metals. 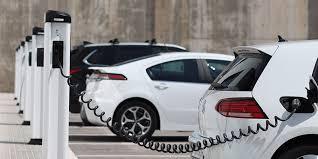 What is the Road map of government for EV’s?

Money maintain is the blog where you will get  money earning, saving, getting etc.